The wireless technology (wireless pole) involves in launching of a magnetic field, that is capable to transmit energy between the start and end poles (from the transmitting device to a receiving device). In the picture, you can see the pole standing near to the tree and some of the houses around. You can observe the large numbers of wires passing across different directions. This Pole is found to be one of the great structures, made out of a metal called the 'Goliath of Iron Metal' whose height is around 80 feet. 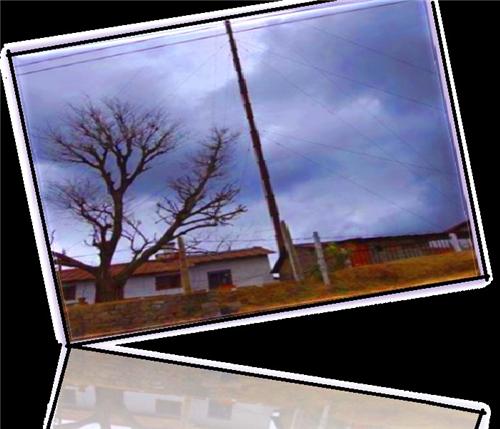 Earlier, the Bishop School was supposed to use the Jutogh town for the sake of some paper works, but due to certain issues, the town remained unused. However, the British army utilized the place by installing a large Wireless Pole. Since the ancient days till now, this pole is known as the wireless poll or wireless pole. Now, arouses the curiosity as to why the name came as the "Wireless Pole".

It is known as Wireless Pole, because of providing easy wireless communication facility to one and all. The wires are connected to the ground as well as on the rooftops. You can also observe the antennas, which seems to be 2 to 4 feet tall, that is installed over a pole. With the help of these antennas, communication networks are created, and creates a way for the telecommunication. 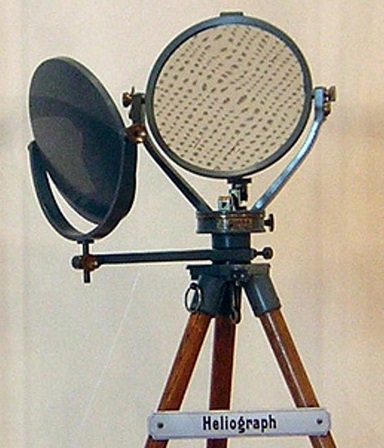 Source: Wikipedia
The type of Communication Technology which was used by the British army was known as the 'Heliograph' Telegraphic Signals. Usually Heliograph telegraphic signals works on electricity, but this type of wireless communication used by the British, functions mainly on the Wireless Solar Telegraph. While, the Wireless Solar Telegraph receives signals through the sunlight reflection with the help of a mirror. And through this technique, a flash is produced most often either using the pivoting of the mirror, or through disturbing the beam with the help of a mechanical device (shutter).

The Heliograph technology was very simple, but most effective instrument that is used instantaneously for the sake of the optical communication for over the long distances in the very early 19th and 20th century. Its important uses were the military, the surveys as well as for the sake of the forest protection work. Heliographs have the standard issue dealing with the British and Australian armies till the 1960s, which were used by the Pakistani army in the year 1975.

These kinds of Signal mirrors are still added to the kits (Survival) for the sake of the emergency, to give and receive the signals to find and deliver the aircraft. This is the very short description about the Heliograph Technology of the British Time Wireless Pole.