Jutogh or Jutogh Cantt located in the Shimla district has a great historical background of many places such as the fort, temples, as well as the churches and so on. Similarly, there lies a very good history behind the formation of rocks. These are special kind of rocks that are surrounded the Jutogh Cantt, which is very near to the Shimla. 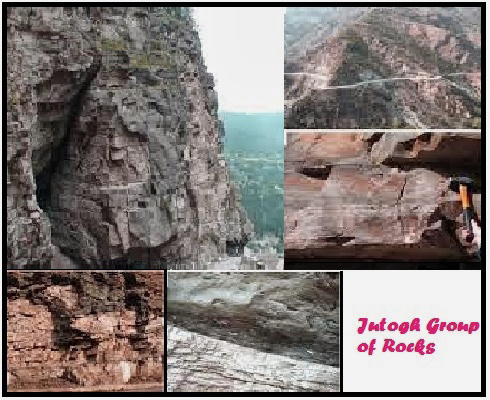 This Jutogh group lies at the Jutogh in the Shimla main area, and thereby the area started to spread from the region of 'Annadale Chaura Maidan' till  the area of Maidan Prospect Hill and from this place spread to the location called Jakhoo, as well as expanded from Jakhoos till US club and highland area too.

The rocks of the Jutogh Series are found in the 'Shimla Klippe' which have deformed in 3 generations; while the second of which, is the weak Klippe that lies in the Chail Rocks.

Wherein, the first kind of structural phases are the isoclinic lines that are generally reposed with the locally pitched structure.During the second time, these type of axial planes will get folded in a coaxial way to open the upright antiforms as well as the synforms and isoclinal in the north. This was resulted in the local back-folding. Likewise, the structure keeps changing for the third phase too.

It is said that, these Jutogh rocks are commonly affected due to the metamorphism that is divided into 2 phases. Metamorphism-1 is divided as the 'Albite Epidote Amphibolite' facies which are locally present in the amphibolite facies, delays in posting; then posts the tectonic using the first deformation; and also makes the pre-tectonic using the deformation of the second one.

While, the greenschist facies where the Metamorphism-2 functions, is a major part of the area, which began in the later phases that belongs to the 2nd deformation; using such movement, it outlasts the Metamorphism. During the 1st Metamorphism, there is a strong break at the border of the 'Jutogh Chail', that tears-off the early structures of the Jutogh rocks in the 'large scale'. Similarly, the synform of the 3rd generation, with a large issue in the central part, assists the Jutogh Rocks of Klippe to stand strongly high on the ground at the Jutogh border and all around the Simla or Shimla.